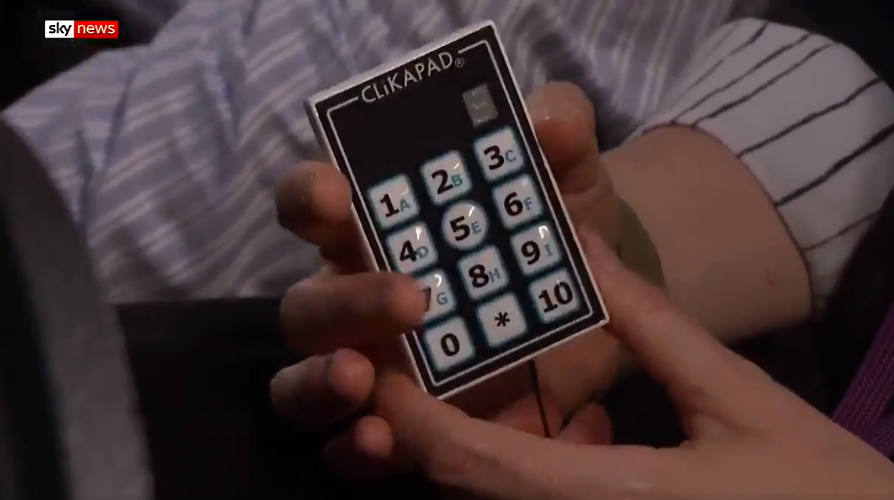 Launched in 1989, Sky News is known for being the first 24-hour news provider in the UK, covering breaking stories and current events all around the world.

To mark the 70th anniversary of the National Health Service, broadcasts from Sky News sought to address whether the organisation is fit for the future. As part of this coverage, a live debate was held at Guy’s Hospital in London where speakers shared 2 opposing views about the different way in which the NHS could feasibly be funded and managed in the coming years.

At the close of the 1 hour live debate the audience were asked to vote to determine which side they supported. The audience vote wasn’t simply a nice add-on to the debate, it was fundamental to the program. As this was live TV, there were no second chances available – with a national audience in the region of 200,000 and an online audience of 500,000 Sky were determined to ensure the vote was a success. The fact that CLiKAPAD is a self-contained system was critical in the decision to use the system; there’s no reliance on Wi-Fi or an internet connection, eliminating the risk of a faulty or slow internet connection causing the vote to fail. You can see from this clip that the audience had no trouble casting their vote and within a minute they were ready to for the live results.

We worked closely with the Head of Specialist Journalism, David Mapstone, to make sure that CLiKAPAD was the right tool for the job. Having previously been used at Sky for an internal senior management meeting; and been shown to work flawlessly in a studio environment for an ITV talent show, David was confident he had made the right choice using the CLiKAPAD voting system for the debate.

The brief was simple: the team needed an easy-to-use voting system that would be trusted to work perfectly on carefully-timed live TV. Audience members would have just one minute to submit their vote, then the results would be compiled and shown to the live and TV audience. As a fundamental part of the segment, there was no room for error.

We provided an on-site technician with the sole responsibility of managing the equipment, integrating seamlessly with the production team on the day. After the successful debate the Production Engineering Manager, Steve Williams, commented that the CLiKAPAD system is “simple, quick and very straightforward to use”.

Of course, we were pleased to see that our setup was well-received. The voting keypads are intuitively designed and comfortable to hold in the palm of the hand, making it easy for all audience members to cast their vote with the simple press of a button.

The team here at CLiKAPAD is always excited to take on new challenges and demonstrate how our equipment and software can perform in demanding environments. David kindly thanked our team saying “the evening went off really, really well. The vote was incredibly smooth. In short, it was a dream to work with you”. Also commenting that Sky News would “undoubtedly choose CLiKAPAD again when an audience vote is required”.

Even if you’re working at short-notice to tight deadlines, we can help. For more information about our handsets, software or support service, please get in touch. We look forward to hearing from you.

Or email us on:
sales@clikapad.com

Planning a webinar or virtual event? Click here to see how the CLiKAPAD team can help.