CLiKAPAD were proud to sponsor the Deaf Sports Personality of the Year 2014 charity event held at the Ricoh Arena in Coventry last month. The main award was won by multi-talented athlete and Great Britain footballer Donna Cross who received 24.75% of the vote. 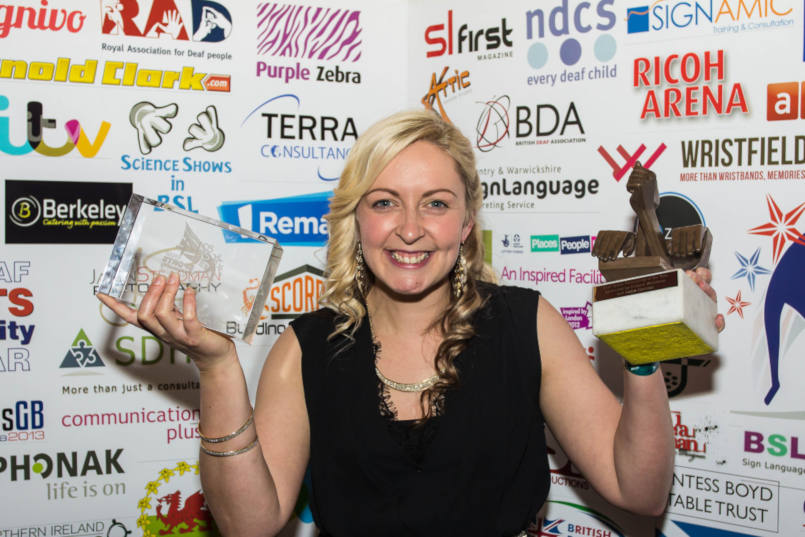 We were delighted to award the runner-up prize on the night to footballer Jacob Willis who just missed out on 1st place with 24.68% of the vote, while Golf and Badminton star Mike Burris was 3rd. Donna is the first deaf woman to win the DSPY award.

Our very own ppvote audience response systems were used during the event to determine the winners of all the awards. 60% of each award was based on the judges vote, while the other 40% came down to the live audience vote on the night. The audience’s CLiKAPAD keypads instantly provided the results to the ppvote system.

There were six other awards handed out as well as the lifetime achievement award which was won by Gerry Hughes. Gerry became the world’s first deaf yachtsman to sail around the world single-handed in 2014. Unfortunately, special guest Beth Tweddle MBE could not attend the awards ceremony on the night, but there were video messages from golfer Tony Jacklin and Rugby star Ben Cohen.

We’d like to thank DSPY for what was a wonderfully celebrated evening and once again congratulate all the winners on the night, especially runner-up Jacob Willis and DSPY winner Donna Cross. Well done Jacob! 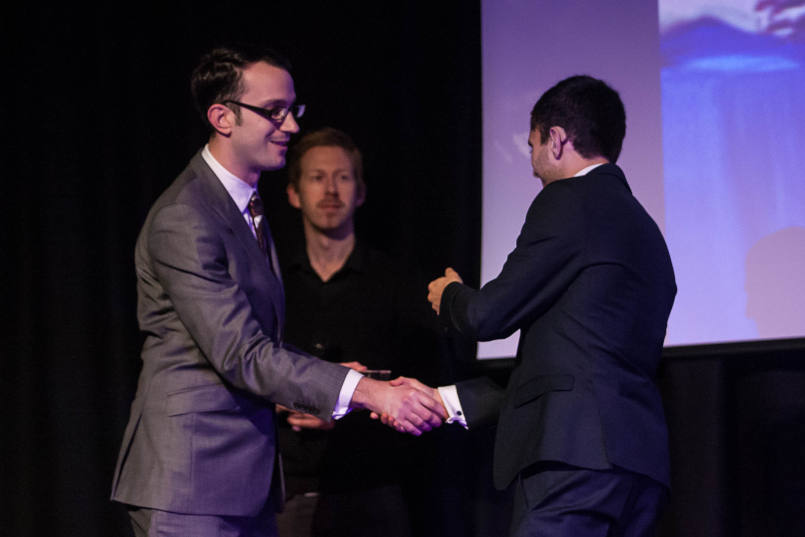 If you’re looking for voting systems for awards evenings, events, conferences or business exhibitions, call us today on 03333 448550 or visit the Contact page and fill out the provided form.

Planning a webinar or virtual event? Click here to see how the CLiKAPAD team can help.